Mariachi, Spanish, Latin, and salsa music in one band!

Musicians/vocalists playing both modern Mariachi and ancient Latin-American instrumentsWhen you’ve done it all before, this is that “something different” so often looked for.

Latin-American folk music with origins in the pre-Hispanic cultures of the Aztecs and Incas. They use replicas of instruments over 500 years old, yet their repertoire includes salsa, lambada, rumba, cha cha, samba and bossa nova.

Salsa, meringue, Samba, Cha-Cha along with jazz and Latin pop. Featuring Valley favorite Carmela Ramirez, Mas is the freshest approach to Latin music in the Southwest!

Latin mixture of jazz and New Age, Quetzal is one of the most exciting young talents on today’s music scene. Would you like to see him perform? Click here for a short performance by Quetzal. 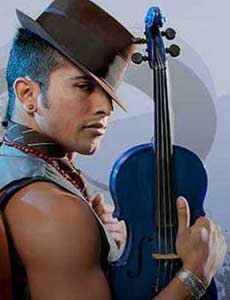