(Click on names in blue to see video demos)
The AMAZING MICHAEL
Michael is a Multi-Award Winning Magician who has performed all around the globe, from Tucson to Tokyo. He holds all three distinguished awards of Close-Up, Parlor and Stage Magician of the Year. He is a member of The Society of American Magicians, The International Brotherhood of Magicians and The Academy of Magical Arts. 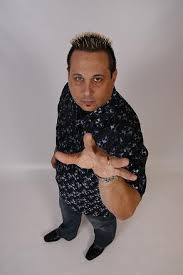 RICHARD STEELE
Richard Steele has been amazing audiences all over the world for 20 years. You’ll be delighted as you hear the gasps of amazement and laughter as Richard performs. Whether he is performing close-up intimate magic and mindreading for small groups or performing on stage for thousands Richard has an innate ability to connect with people on a level not often seen.
CRAIG DAVIS
Craig Davis is Arizona’s premier magician. From stroll magic to an intimate cabaret show to the amazing Grand Illusion Show, Craig will have you laughing and amazed at the same time.
.
Craig Davis, a talented magician – juggler will help make your next event memorable and full of fun. Craig is personable, clean cut and easily builds rapport with his audience.

KEVIN BARNES
Kevin Barnes is a Las Vegas based “corporate” Magician and is the perfect choice for any audience that demands first class entertainment.Kevin uses magic as a tool to create or enhance your business, attracting customers at trade shows or entertaining clients and employees at company functions. Kevin is able to incorporate your product into his performances, allowing him to deliver a sales pitch in an entertaining and captivating manner.