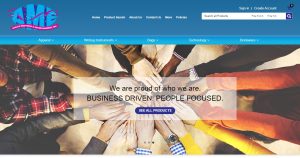 Avalon is an award-winning Destination Management Company with a 40 year history assisting with all aspects of meetings, and events. We have recently added promotional products and gifts to our portfolio of services. This is a perfect complement to our event services that achieve ROI and enhance company culture.

Whether it is meetings, incentives, conventions, trade shows, or for internal use, our site has an amazing catalog of products, easy to use and navigate with advanced features. On many items, simply upload your artwork and instantly see how it looks on the item. You can easily order and pay with credit card, ACH, or check. Please browse our Promotional Items & Gifts and let us know if you have any questions. 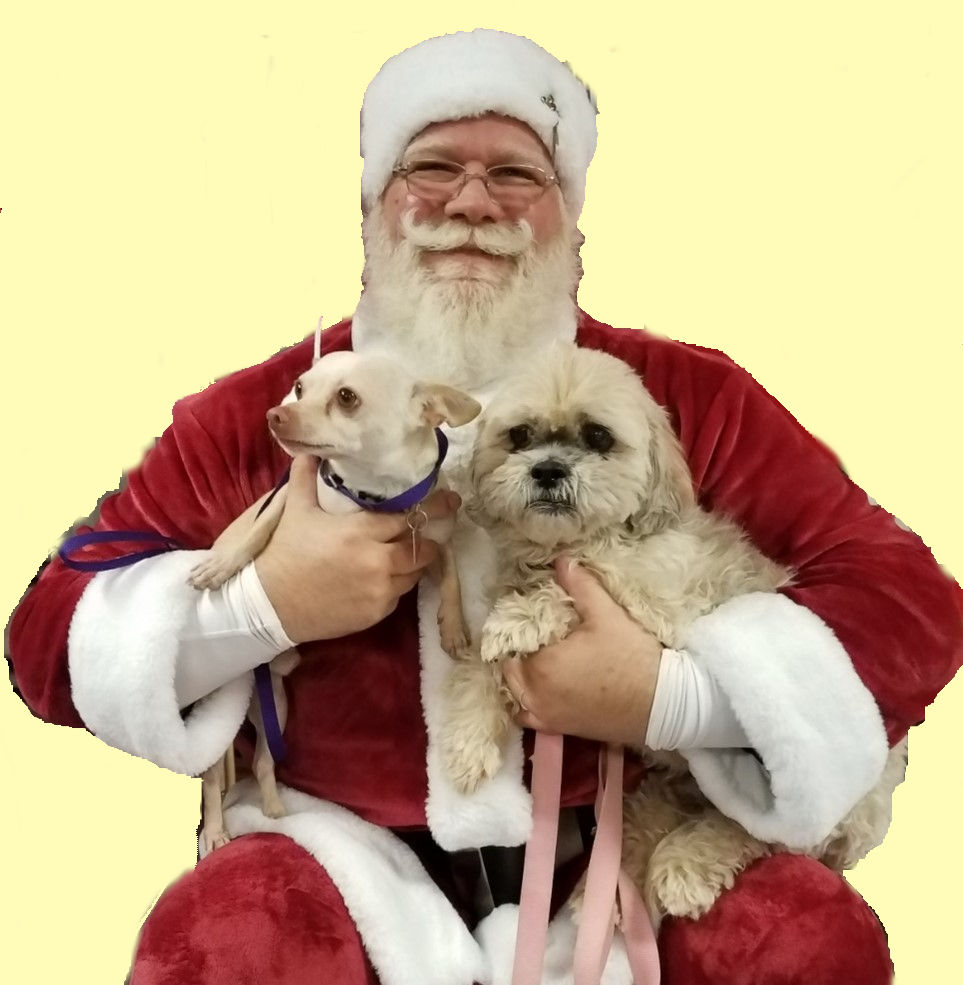 One of our “Santa” characters will be at Pinnacle Peak Dog Park Sunday, November 8, 2020, 8am to 12noon, to pose for pix with your pets. The bulk of the donations will go to “Home Fur Good,” a no kill animal rescue in Phoenix.  The park is located at 20900 N Black Mountain Blvd, Phoenix, AZ 85050 right by highway 51.

Use your smart phones and cameras for the photos. “Santa” requests a donation of $10. or more by PayPal, Venmo, Cash App, or Square. No cash payment can be made at the park, so just take the picture and then send your donation. $5. of each donation goes to “Santa” so he can get his suit cleaned. The balance of each donation goes to help the pets. We at Avalon love animals and are grateful for “no-kill” shelters so we hope you can take advantage of this photo op, use the pix for memories and/or holiday cards, and support a worthy cause.

In this “New Normal”, virtual meetings have become important alternatives to live conferences. While they can’t duplicate all of the benefits that live meetings offer, they do provide a path to reach objectives and goals that meeting planners strive to achieve. Just as entertainment and activities are desirable diversions for many live meeting agendas, we can incorporate those elements into virtual meetings as well.

To illustrate, a recent client requested custom music videos to break up their welcome event and introduce different program segments. They reviewed entertainment choices on our website and chose a Spanish Guitar and Harp duo. This unique act has taken two traditionally classical instruments and combined them together with a contemporary sound that redefines their very nature by blending the styles of Pop, Jazz, and Classic Rock together with a Mediterranean twist. Using a green screen background to replicate an Arizona landscape, custom videos of predefined length were created to provide a dynamic, contemporary, and entertaining experience for the audience. One of the videos is featured here.

From an MPI.org article by Nancy Hayes, June 10, 2020: “To combat waning attention spans and keep people engaged, it’s important to provide your virtual attendees with time to clear their minds, get energized and reset their focus. That’s where entertainment and wellness breaks between sessions can play a key role in enhancing the overall virtual experience. Fun, lively and interactive activities help people stay focused and pumped up for your next round of programming. They also help participants stay motivated to return to your virtual event rather than check out on their phones. In other words, you must give your participants a compelling reason to tune back in or risk losing them altogether.”

A Destination Management Company by definition is an area expert. One of the most gratifying components of our portfolio is knowing the best entertainment to match a client’s needs. Below is a video of a new band we recently added to our list of entertainment. Particularly versatile and energetic, “BRIGHT” achieves results when the goal is to pack the dance floor.

Avalon was voted “Best Entertainment Service Provider 2018 – USA by LUX, a magazine for global influencers, collectors, and high net worth individuals. It is published out of London, sold on news stands in London, Paris, Geneva, Zurich, Milan, Nice, New York, LA, Singapore and Hong Kong, and distributed through a proprietary VIP system that includes selected global events, locations, and clients of some of the world’s leading private banks and luxury brands.

While entertainment and theming is only one component or our portfolio, it is a core competency and a passion for our team. We are honored to receive this award which recognizes our success and dedication to providing “wow” events for clients in the US and worldwide. 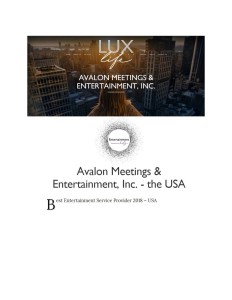 If you are looking for something rousing to open a General Session, or an exciting show for a reception or banquet, Avalon’s drum line is just the thing to energize an audience. Fast paced and choreographed, our drum line even has an audience participation segment. While this video will provide a sense of the fun,.the live performance is electrifying!

As a long time member of LinkedIn, I notice that one of the most popular discussions with event professionals and meeting planners is using third party service providers unaligned with the host venue. At times, especially with audio visual, venues bill numerous fees and charges to the client who does not use “in-house” services. Following is some contract language provided courtesy of Karla Stuecker, Senior Meeting Planner at the American College of Surgeons, which she calls “Use of Outside Vendors:”

“Group will not accept or agree to any policy or contract containing conditions, terms, or clauses which unreasonably restrict our choice of third party suppliers for our event(s) at any meeting facility, whether such conditions are expressly stated in this contract, or whether they are contained in the general operating policies of the facility, be they published or unpublished.

Furthermore, Group will not accept or agree to any fees, surcharges, or penalties of any type charged by a meeting facility that are in any way based on or tied to our choice of third party suppliers, whether such fees are expressly stated in the contract, or whether they are contained in the general operating policies of the facility, be they published or unpublished. Hotel agrees that supervisory or shadowing fees relating to outside vendor use will not be imposed if not explicitly disclosed in this contract or if otherwise dictated by union regulations.

If Group chooses to hire outside vendors to provide any goods or services at Hotel(s) during the Event, Hotel(s) may, in its sole discretion, require that such vendor provide Hotel(s), in form and amount reasonably satisfactory to Hotel(s), an indemnification agreement and proof of adequate insurance.

Any thoughts or comments?